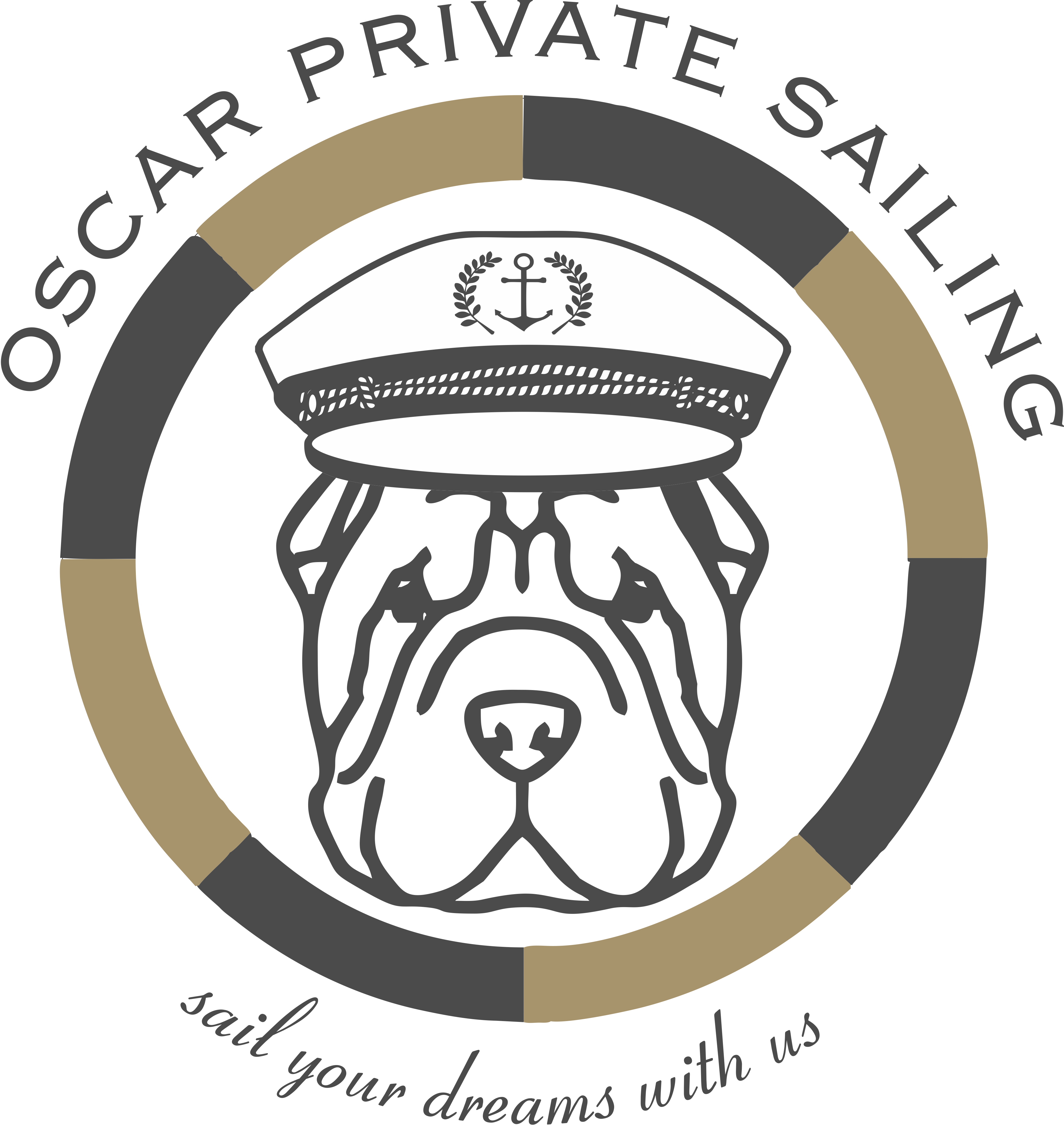 The island of Milos was created due to several volcanic eruptions, over one million years ago, like several others Cycladic islands such as Santorini or Kimolos. Therefore, Milos is full of minerals and has been under industrial exploitation for centuries, with industrial activities all around the island, in order to export different kind of minerals such as bentonite, perlite, iron, sulfur and manganese. In nowadays, most of the mines have been abandoned but one is still in activity, owned by the french mining company «  Imerys » and exporting massively perlite and bentonite.

The sulfur mines of Milos, called in Greek « Theorychia » are located at the beach of Paliorema, in the south east coast of Milos. They were built in 1930 and used for the extraction of sulfur, mainly exported to France for use as a pesticide for vines. The minors were digging tunnels all around the hillsides, using the help of dynamites in order to collect surfer. Then they would carry the sulfur back to the processing facility where it was extracted from ore by heating until melt. Finally, the sulfur was cooled before getting collected in wagons and carried to the dock facility to be sent by boat.

The mining company got bankrupt in 1958 due to a massive drop of sulfur prices and the mines were abandoned and left as they were. Today, the ruins remain in a desolate state. However, the old machinery, the endless tunnels and some rusty tools are still remaining in place as most of the buildings, memories from the past. Many items were collected and exposed in the local mining museum while others were stolen, as the place is opened to public.

The working conditions of the minors of Theorychia were harsh, as they were working underground and inhaling sulfur dust, affecting lungs, heart and kidneys. Furthermore, they were suffering of a lack of ventilation inside the tunnels, with a temperature reaching above 40°C due to chemicals reactions of minerals.

Theioryhia was declared as a historic site by the Greek Ministry of Culture and is an important example of modern cultural heritage, combining architecture and mining technology.

The site is accessible by 4WD cars only, as the dirt road is full of deep potholes. However, a visit of the old sulfur mines is worth it if you spend a few days in Milos, and can be easily combined with a nice swim in the emerald waters of Paliorema beach. 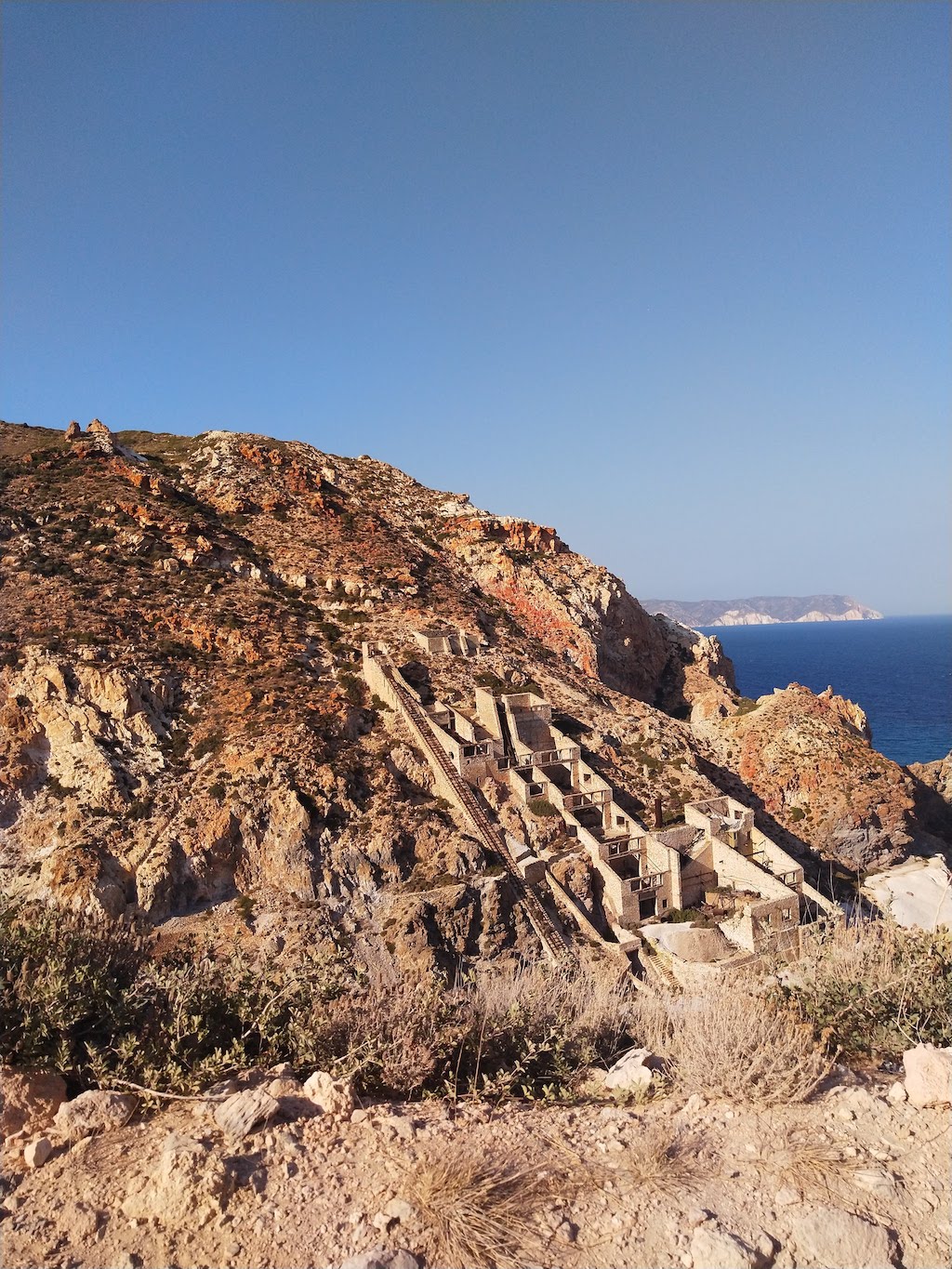 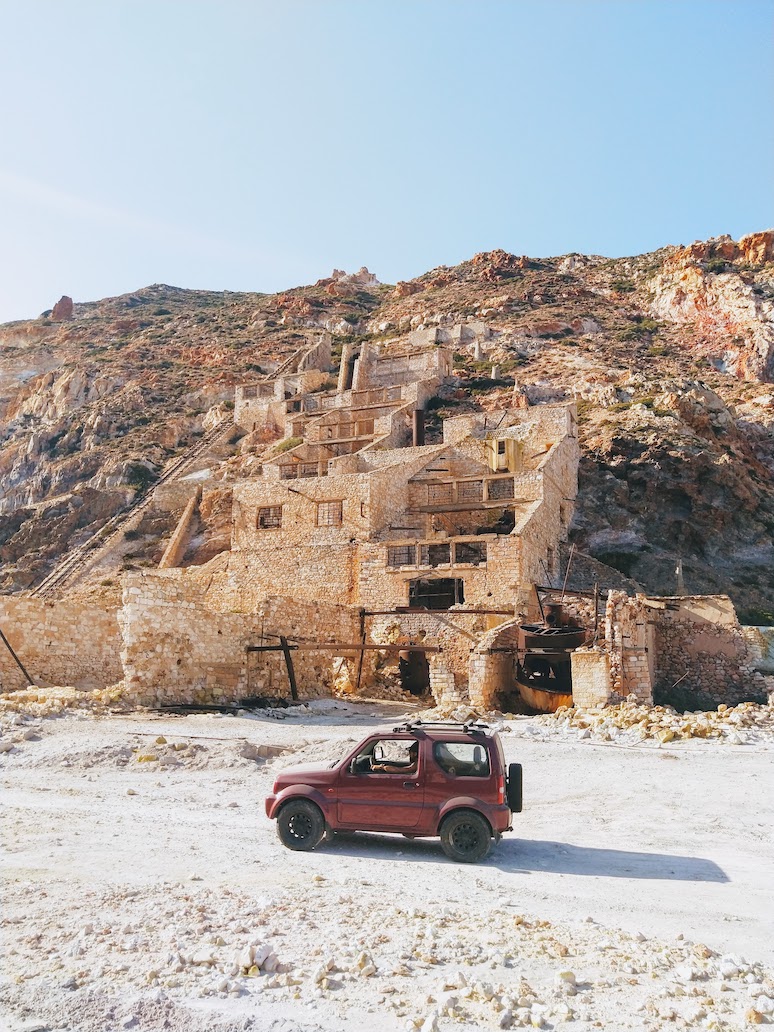 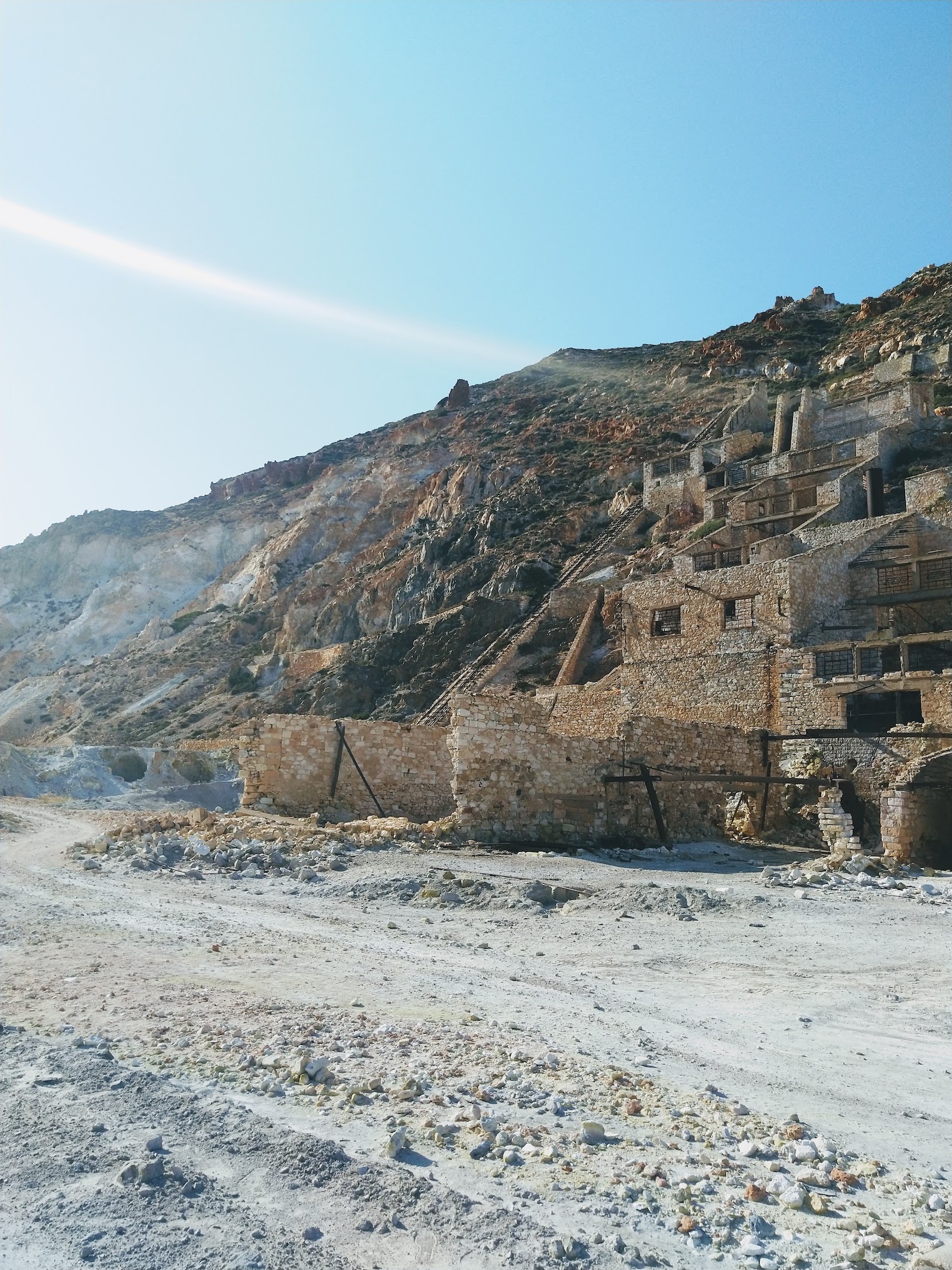 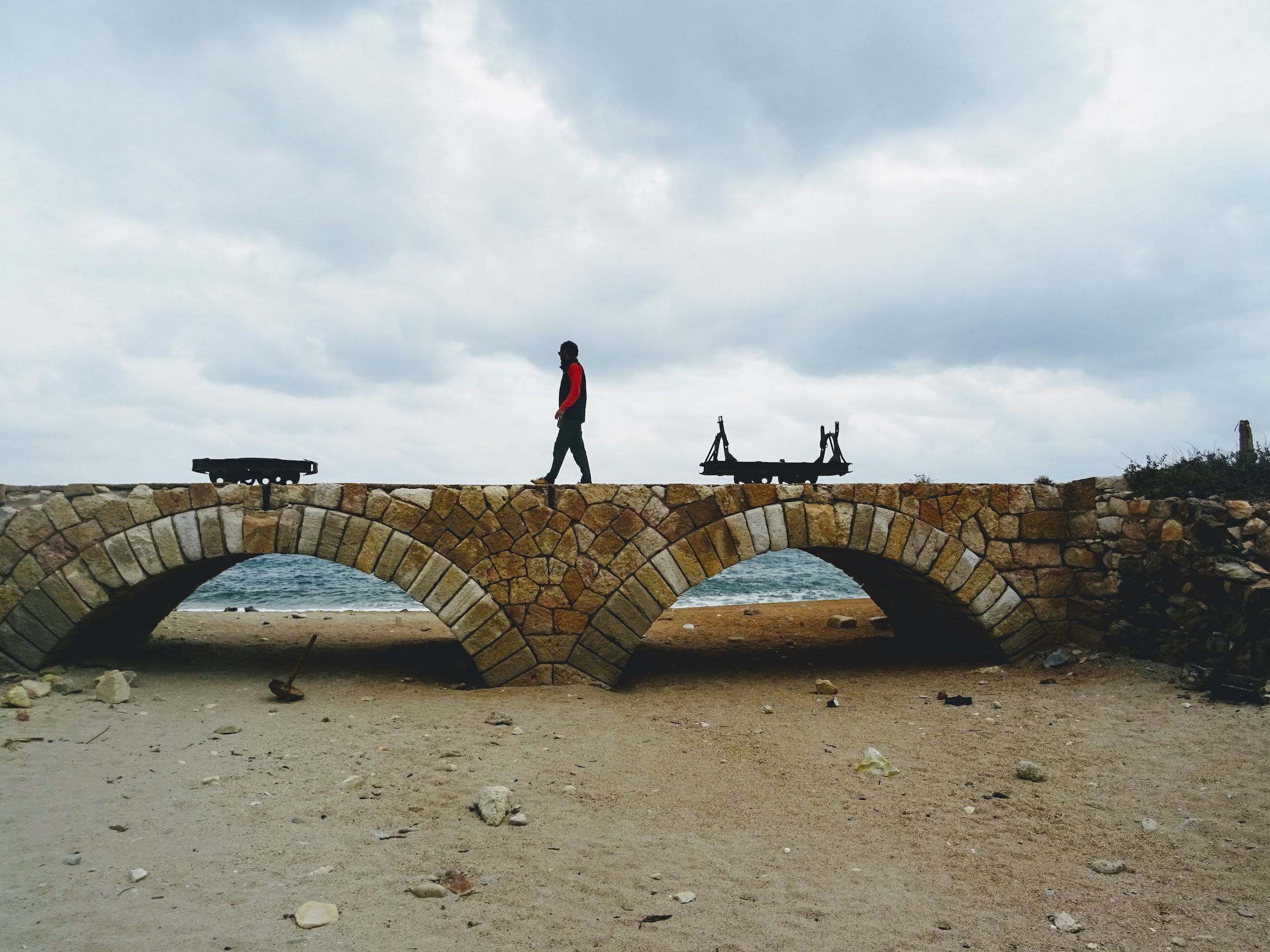 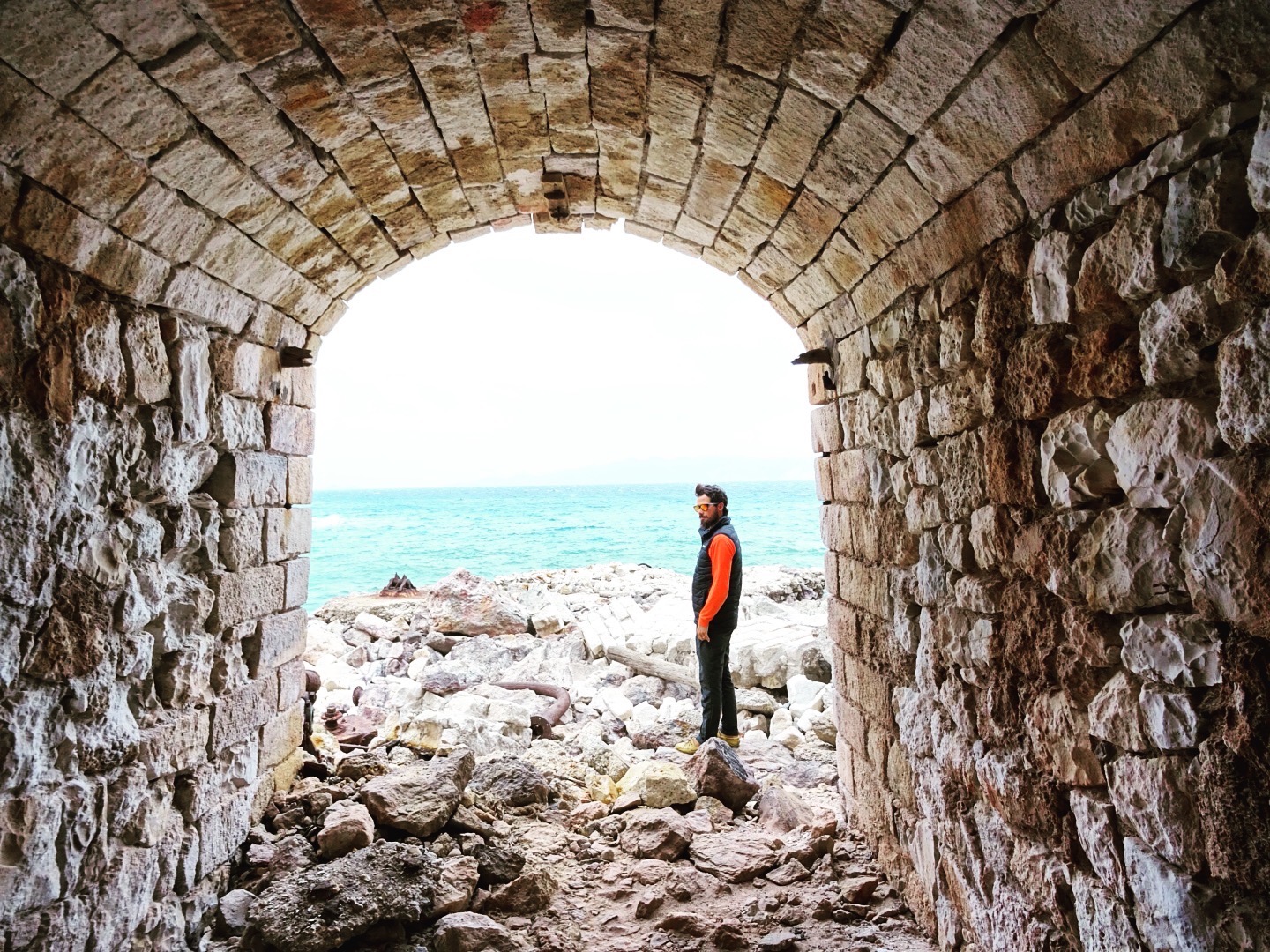